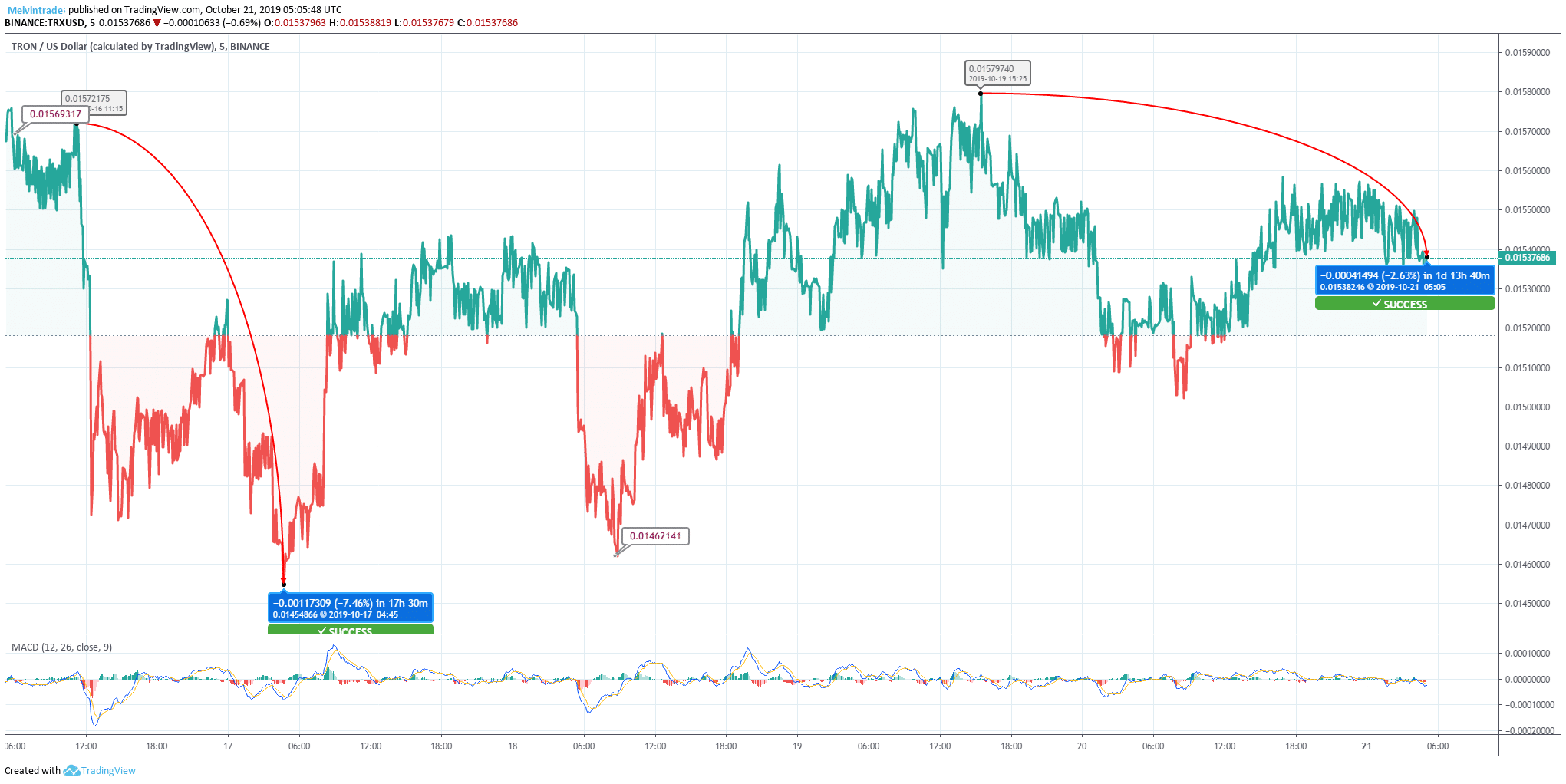 Currently, Tron is trading in the lower range, and its price has dropped by 2.63% as compared to the price of October 19, 2019. As per current movement, The TRX price may fall marginally and may find next support around $0.0153. If we look at Tron’s price fluctuations from past month, it shows lot of volatility. Hence, on the upside it may recover up to its next resistance $0.0156.

Tron can be traded in the range of $0.0152 and $0.0156 today. You may purchase new coins after a few days. It is advisable to trade in TRX from the long-term as it can reach as high as its monthly high of $0.018 by the time the year ends. The MACD indicator also confirms that the coin is moving downward. To gain considerable profits in near-term, traders should consider following resistance and support levels:

Erol User at Cryptofin Conference, Specifies the Use of Blockchain in Space Waste Management

Dash Heads for Reversal; Next Key Resistance to look for $70?

Investing in Tron (TRX): How Safe Is It?

TRON (TRX) Continues to Decline Due to Lack of Traction