What is Forex trading?

Forex, also known as Forex trading or Foreign exchange, is converting one currency to another currency. Forex is considered one of the most actively traded markets globally, with a daily trading volume of more than $5 trillion.

If you want to trade with Forex, you should always trade with two currencies or currency pairs by selling one currency and simultaneously purchasing another currency. Some of the most frequently traded Forex pairs are EUR/USD (here EUR is the base currency and USD is the quote currency) GBP/EUR, AUD/USD, and GBP/USD.

Every currency pair is listed as a three-letter code, where the first two letters are denoted for the region, and the last one denotes the currency itself. For example, if we take USD, the US stands for the United States, and D stands for the US dollar. If we take JPY, JP stands for Japanese, and Y stands for Yen. If you take the USD/JPY pair, you need to buy the US dollar by simultaneously selling the Japanese Yen. 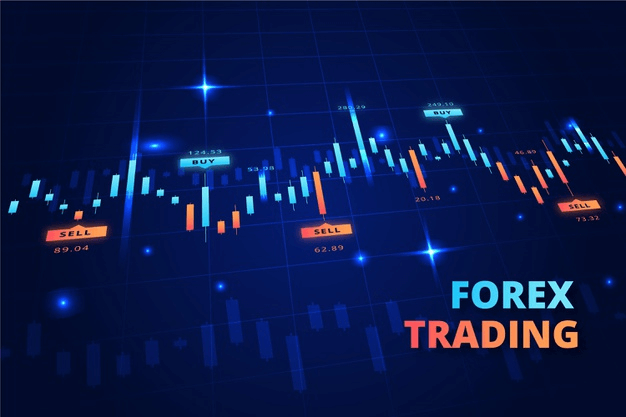 The History of Forex

Why should you trade Forex?

Since foreign exchange is considered as one of the most traded markets offering several benefits for its users. Let us see a few reasons about why you should trade in the forex market-

By trading in the forex market, it allows users to easily gain good exposure to several markets around the world. Even though most of the trading is done on the world’s major currency like EUR/USD, and the users can also have access to developing markets like Polish Zloty (PLN) and Mexican Peso (MXN).

When compared to other markets, the foreign exchange market does not have any limitation, where the trading does not need to stop at a particular time. Since it is traded across the globe, Forex trading markets are open 24 hours a day and for five days a week, so the trader can trade as per their convenience.

When you trade in the forex market, the cost of trading is already included in the spread where the trader need not fear that there are hidden charges and commissions. They can trade confidently, and they can also have an idea about how much it costs to trade.

Forex can be traded with a certain degree of leverage, which allows the trader to take a position in the trading market by having a fraction of capital that is needed by the trader. Even though leverage might increase the trader’s gains, it can also lead to huge losses. Hence the trader must understand the risk of trading by using a margin.

When compared to other markets, we can say that the forex market provides the users with a unique feature of the trading in both rising and falling markets. Unlike other markets, there are no additional costs or restrictions involved for short selling.

Foreign exchange market turnover is roughly around $5.1 trillion, and it is considered as one of the most liquidated markets around the world. Besides, this liquidity always increases prices, and just like other markets, the users can respond immediately to the fluctuations in the currency when they occur anytime in a day or a week.

There are four types of Forex pairs that are described below –

Pros and Cons of Forex trading

Let us discuss a few pros and cons of Forex trading –

Even though there are several risks because of Forex trading, there are also a few pros that make Forex trading profitable and desirable. Some of them are –

Let’s discuss some of the cons of forex trading-

Let us discuss a few benefits of trading in Forex –

How does Forex Trading work?

There are three ways where corporations, individuals, and institutions place trades on Forex. They are the spot market, forwards market, and the futures market. Forex trading on the spot market has been considered as the largest market because of the underlying real asset, where the forwards and futures markets are based on. Earlier, futures markets were most popular for the traders because it was used by the individual investors for longer periods.

The futures forex market can be defined as an exchange-traded contract to purchase or sell a given set of currency with a set price and a date in the future. Concerning the futures market, futures contracts are purchased and sold based on a standard size and a settlement date on commodities markets like the Chicago mercantile exchange.

Similar to other businesses, Forex trading software can be divided as per the tools and features they provide for traders. Given below are the few types of forex software-

Speculation in the forex includes purchasing and selling of currency with the main aim of making a profit. The term speculation is applied because of the uncertainty that is involved and no one can say whether the financial markets will go up or down. The trader needs to assess the situation on their own and place trades. Some of the factors like trade flows, Exchange rate, economic strength, Geopolitical risk, and tourism affect supply and demand for the currency, which in turn creates volatility in the foreign exchange market.

Why should you Trade Currencies?

To trade in Forex or in stocks using leverage is based on which asset the trader is interested in trading, either in currencies or in shares. Some of the reasons why the traders prefer Forex trading then stock trading are discussed below –

There are several risks involved when you are trading in the FX markets. The trader can suffer additional risks if they are trading in less popular and less liquid currency pairs. They should be careful about not getting into a situation where there are unstable transactions because of poorly managed margin accounts, or they might have chosen a non-reputable broker or a less trustworthy exchange. Some of the major risks involved in Forex trading are given below –

To conclude, the forex market is considered as the largest market across the globe, and several users are taking keen interest to trade in the forex market. However, the user should consider taking into account that before they proceed with trading, they should research the forex broker and check about its regulatory status. If they meet all the specified standards in Forex, the trader should analyze which best intraday trading strategy suits best for their trading needs. One of the best ways to trade forex is to opt for the demo mode, get familiar with the trading, and then proceed with a real account.

Ans. No, Forex trading is not considered as an illegal activity, and there are several myths among Forex traders that forex trading is banned in the United States. The trader should analyze the laws about that country and should trade as per the specified limits described by the laws of that country.

2. How do I start trading Forex?

Ans. The first step is to use a demo mode and familiarize themselves with trade terminologies until they make good profits by using a demo account. Several people start trading in the forex market, and within a short period, they lose a lot of money.

Ans. Most of the forex brokers will allow their customers to open an account with a minimum deposit of $100. The trader should learn about the various topics about Forex trading, and they should practice in a demo mode before adding real money into their account.

4. How much do Forex traders make?

Ans. Forex traders make quite an amount of money and also their ability to take risk per trade. If the trader is ready to risk $1,000, then they can make $20,000 for a year on an average. More the risk could be the profit, and it might also lead to huge losses if there are volatility and fluctuations in the market.