Cardano’s Shelley Testnet recently showed up in the spotlight as it marks a major milestone for decentralizing the network in the cryptocurrency space. This is also a great milestone because it has crossed the initial target of 100 pools and can now boast more than 500 stake pools. 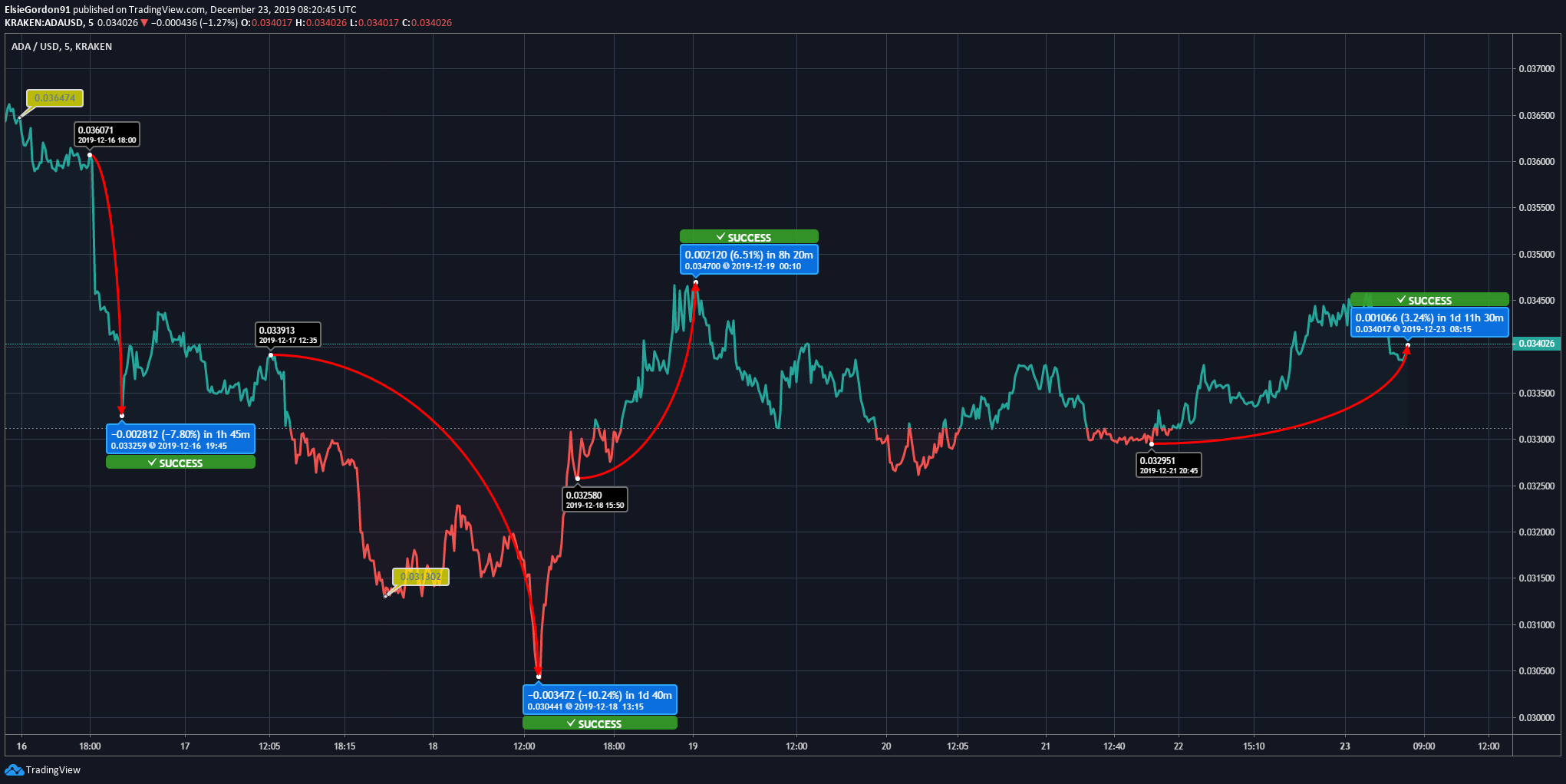 Today, Cardano reflects an upside movement by 3.24% as compared to the price of December 21, 2019. It is showing an uptrend and may be able to reach its immediate resistance of $0.03540.

We suggest to purchase new coins and retain the same for a long-term to gain considerable returns. If we look at the price movement of the past week, especially between December 17 & 18, the coin was trading with a downtrend. There were few marginal falls after the said dates as well but can be considered as negligible. However, as per the current trend, ADA price may cross its next resistance $0.035 and trade around the major resistance $0.038 in the near-term.

Will Monero (XMR) Continue to Perform Below Par?

Will Stellar (XLM) Manage to Sustain the Current Stability?

Will Cardano Record a New All-Time High in the Near-Term?