Despite Bitcoin finding some support around $33800 levels, the repeated cycle of profit booking has been a nuisance for BTC holders. Especially if someone enters BTC as a way of earning a faster multiplier on their idle money. Bitcoin price trend has been cyclical, wherein the prices hit an all-time high and then create a year-low before fresh buying pushes the value higher.

Price action is a derivative of the price movement throughout the entire day. Hence, predicting the possible outcome becomes easier with moving averages as they help identify the trend in the asset. Currently, BTC is clearly in a negative trend, with no indication for a retracement to reset its psychological levels. At this point, the uptrend can only be initiated by renowned faith in crypto-based assets. Successive red candles on the price action chart take away the remaining hopes of Bitcoin attempting to retest its previous levels.

Since breaching its 200 DMA on December 28, 2021, it was expected that BTC would retrace and overcome the profit booking stance. Failure to gain more volumetric transaction of buying volumes has even breached the 30 days moving average. Initial price action in February 2022 not only breached 30 days moving average but also tried to test the 200 DMA resistance. Currently, $50000 would be a strong psychological level for BTC to clear before we expect this digital king to keep outperforming upcoming cryptocurrencies in the near term. 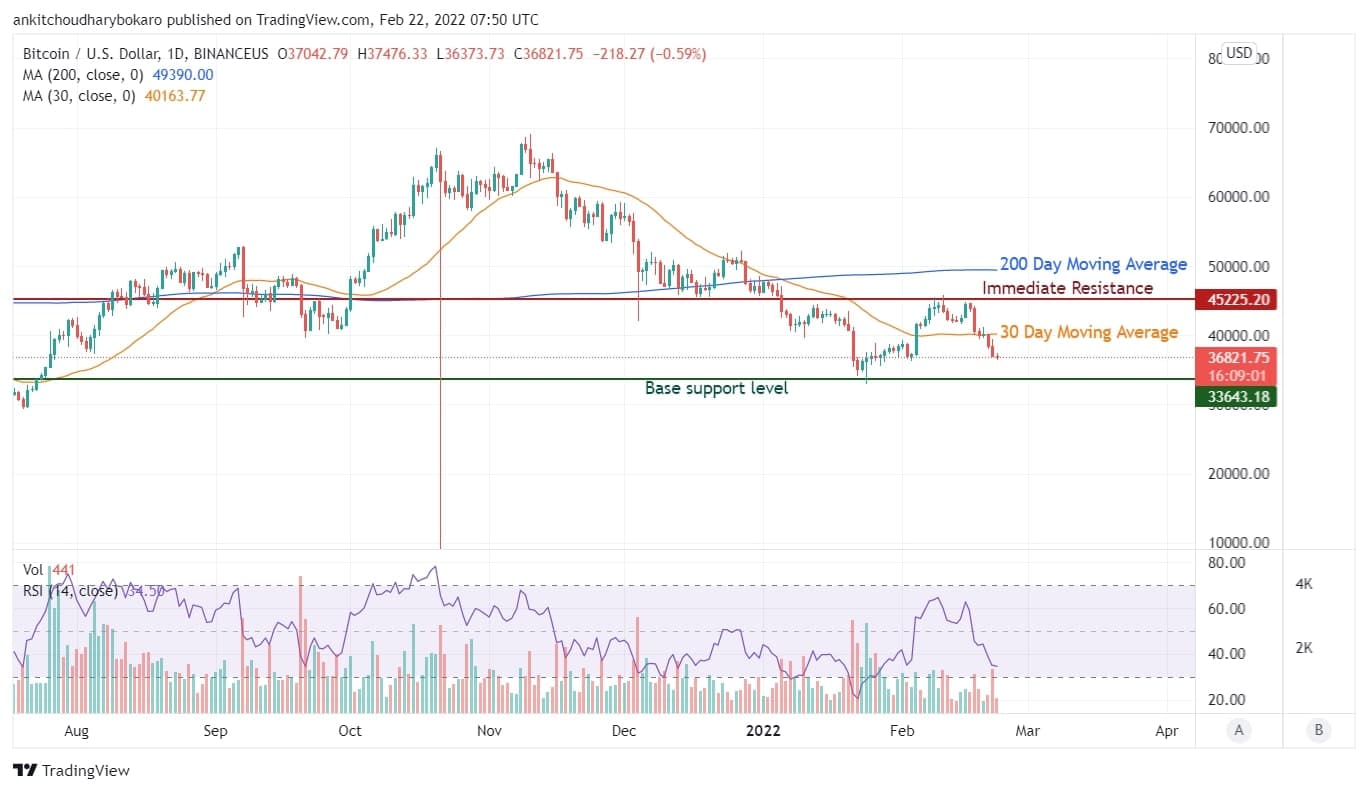 On one-day charts, BTC seems to carry a neutral stance over the last seven months, with prices moving up from $30,000 to $68,000 and falling back to the $30,000 bracket. Breaching the 30 DMA curve on Monday has hit the BTC holders the most. The price action in the last two weeks has pushed BTC down by a considerable margin. $45,000 turns out to be a tough resistance apart from $50,000. BTC can only be considered to have moved into a positive outlook after it breaches either of these levels. RSI has taken a big hit from the upper levels of 60 to the negative levels of below 30. One should maintain liquidity before entering on such a negative trending basis. 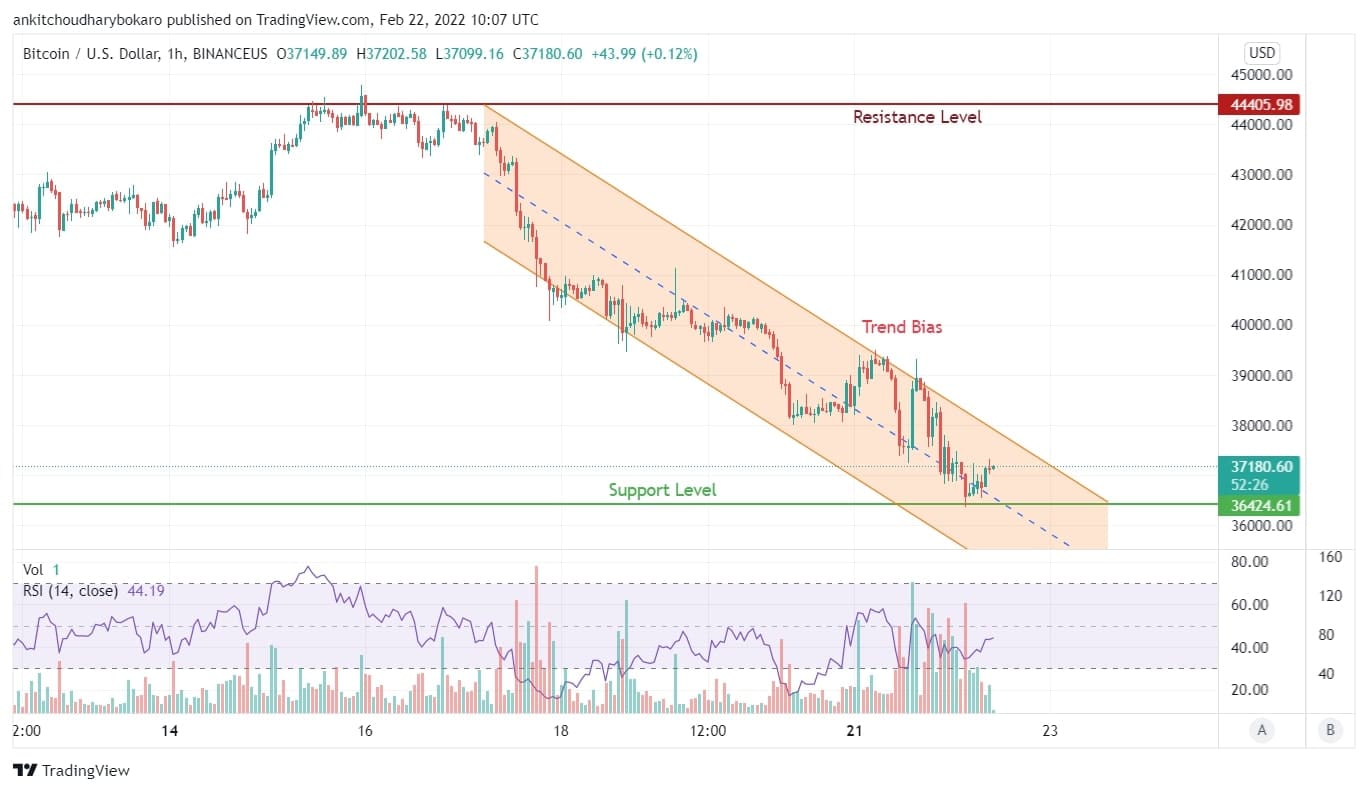 The hourly chart pattern of BTC only confirms the negative trend. The fall from the $45,000 to $37,000 levels is quite fast and in rapid succession, and the range between these two levels will be indecisive. Breaching $37,000 should be considered a red alert, while $45,000 will be considered a positive trend. RSI on hourly charts seems much stronger, indicating signs of buying.

A bitcoin developer reports the hacking of his wallet

Bitcoin’s Future: Given governments control over the crypto ecosystem