Aurora, a scalable blockchain developer platform, has been officially launched in the market. It is specifically designed to provide developers with a seamless experience on Ethereum on the NEAR protocol. Using the Ethereum Virtual Machine (EVM) and cross-chain bridge technologies, Aurora aims to become a preferred name among the developers of decentralized applications (dApps). Prospective developers can readily launch their dApps on the Ethereum platform. To further make the experience seamless, Aurora also provides the facility of linking data and apps to other Ethereum assets and contracts.

The primary advantage of the Aurora platform is that developers can derive efficiency from the NEAR protocol while users of Ethereum can continue to access applications as before.

By capping the fees, Aurora makes sure that increasing transaction fees on the Ethereum platform does not come across as a stumbling block for users and developers. Therefore, it effectively removed the cost barrier associated with entry to the Ethereum platform. It achieves cost efficiency by dramatically enhancing the speed efficiencies of the transactions. Developers can use Vyper and Solidity contracts on Aurora without any changes, and users can continue to access the wallets and MetaMask applications on the platform.

Thus, Aurora aims to change blockchain space by offering users and developers new capabilities on time, scale, and cost-effectiveness. It will redefine the ecosystem of the Ethereum blockchain network while bringing additional expansion benefits to the NEAR as EVM-based applications can also be included on the platform. Another advantage associated with Aurora is its Trustless bridge through which ERC-20 tokens, as well as data of other contracts, can be easily transferred to Aurora.

According to experts in the field of blockchain, Aurora’s distinctive advantage of offering a platform for users and developers where they can access the distinctive features of both the Ethereum network and the NEAR ecosystem can prove a game-changer in the future. This joint capability makes the launch of Aurora a special one and ignites the hope that the platform will scale new heights of success in the future. 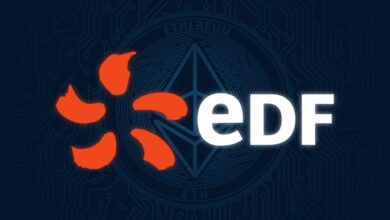