The rise and fall of coins and tokens in a similar pattern is quite common in the digital currency world. So when Bitcoin, which is one of the largest cryptocurrency, goes up the charts, the tokens and other digitized currencies are likely to increase in their values. Therefore, when we see the decline in BTC prices, the other such currencies drops as well.

This year has not been well with even the major cryptocurrencies and mostly reported downfall with the price going lowest of all time. With this fall in the digital market, the above discusses the increase, and decrease pattern sustains.

However, according to some interesting figures reported by Zycrypto.com, it indicates a newer phenomenon in the present situation. Altcoins and Ethereum have equally suffered the pit with Bitcoin fall. But somehow the prices of Altcoins are falling faster and suffering significant loss as compared to the major currency of the market. 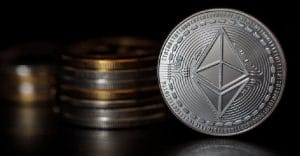 Reports suggest that Bitcoin is responsible for commanding more than 50 percent of total cryptocurrency market capital during recent weeks. Several factors are leading to this turning page of the crypto world, which was the delay by SEC (U.S. Securities and Exchange Commission) for approving the cryptocurrency ETF (Exchange-Traded Fund) at least until September.

The delay announcement took place earlier this month and brought issues for all the digital currencies. The more surprising thing was the unexpected long-term effects that this news had with Altcoins and Ethereum.

Following the announcement, many investors sold off their digital currencies which resulted into over-selling of the assets. But even then Bitcoin was able to stand at its value a little better than other coins. However, the worst of all was for Ethereum which fell to the lowest price of the year by going below $300.

The volatility of Bitcoin as compared to other cryptocurrencies is because the investors can see Bitcoin as a most stable token currently. Analysts will bring forth the point of BTC reaching low levels it has ever experienced. But it is comparatively more stable than other currencies in the market, and that remains the fact.

It has brought forth confused investors who are not too sure about staying in the minor currencies and are expected to transfer their investments from minor and lowering currencies such as altcoins to a more stable and established bitcoin. It is reasonable right now and should do so while there is still a bear on the market.

Apart from investors and charts of crypto, another important deciding factor of bitcoin stability is the geopolitical concerns, according to the reports. Turkey is experiencing economic struggles and civil unrest which has invited some investors into the cryptocurrency world.

According to the reports, there are a large proportion of assets and investments are heading straight towards bitcoin. Lira, Turkish currency, has also fallen significantly which as a result bring more people from Turkey to turn towards BTC. It is under the grounds of finding a stable economic value for their investments as compared to their tumbling local currency.

The Turkey situation gives us an insight to the future as to what might happen with local financial crisis and bitcoin. The true test, according to market analysts, will be when Bitcoin has to suffer through a major financial meltdown. Would there be more investors? Will BTC still be the dominating currency or will they invest in other options? Or the crypto world collapse altogether?

Whatever the answer might be the present year has seen both, the good and bad for bitcoin as well as other currencies for that matter. Even though it remains the dominating cryptocurrency as of now, it surely suffered from severe losses in recent months as compared to its position at the start of this year.

“The future of crypto exchanges is here”: Ibinex launches the whitepaper