Chainlink VRF generates a random integer and a cryptographic proof by mixing block data that is unknown at the time of the request with the oracle node’s pre-committed secret key. There will be no arbitrary numerical input accepted by Pixel Vault’s smart contract until it has been verified using cryptographic proofs, giving consumers the assurance their cryptographic proofs are legitimate.

Pixel Vault can deliver NFT incentives to its project followers in a fashion that is tamper-proof, fully open to scrutiny, and completely transparent, thanks to the integration of Chainlink’s industry-leading decentralized oracle network. There is no way to rig the system in any way, shape, or form.

Pixel Vault has always given a preference to society’s value, experience, and openness. Sean Gearin, the creator of Pixel Vault, said that Integrating Chainlink VRF into their NFT giveaway distribution method has been important in helping to guarantee it remains provably fair. Chainlink VRF will be leveraged in future Pixel Vault products because of our transparent distribution mechanism for the MetaHero Core Collection.

Without provable randomness, NFT initiatives are infamously vulnerable to manipulation. Because of this, miners can only publish a block if employing on-chain hashes leads to better results for them. The off-chain APIs are also secretive, forcing users to put their faith in the central data source that the findings are not being tampered with. Using Chainlink VRF in conjunction with Pixel Vault helps address these difficulties and is strategically aligned to Pixel Vault’s philosophy of appropriately compensating project holders by giving away and holding raffles. Due to the excellent gas efficiency of Chainlink VRF, it is also less expensive to acquire an unalterable randomness source.

144 MetaHero Core Collection NFTs were awarded to Pixel Vault users with 36 MetaHero Core Ids previously issued. This was the first time Pixel Vault has employed Chainlink VRF. MetaHero Universe by Pixel Vault is a decentralized social and gaming network still under construction. These Ids are part of it. Chainlink VRF will also be used to distribute MetaHero Universe DAO Tokens, which are non-fungible tokens that allow holders to control and contribute to the development of the platform.

A safe, certifiable random distribution of Key Identification was made possible thanks to the inclusion of Chainlink VRF, which did not require any specific backdoor rights. The MintPass has gained an extra dimension of gamification, significance, and excitement.

Users can’t wait to see what the NFT ecosystem will look like once verified randomness is widely used.

Chainlink is the de facto standard for hybrid smart contracts. Blockchain developers may use Chainlink Distributed Oracle Networks to access a vast wide range of high data sources and safeguard off-chain calculations. Chainlink safeguards billions of dollars of worth for payment systems across Distributed Finance, Security, Gaming, and other important businesses.

Hundreds of companies rely on Chainlink to give unequivocal truth via secure, dependable oracle networks.

Decentralization and public support are key parts of Pixel Vault’s plan of action, which expects to make extraordinary protected innovation for crypto-local items. Since its beginning in May 2021, PUNKS Comic has exchanged roughly 38,000 ETH on the OpenSea NFT market (counting MintPass and Founder’s DAO NFTs). It follows 16 PUNKS, in view of the 16 CryptoPunks being fractionalized by Fraction, and expands on the prominence of the profoundly renowned NFT assortment. 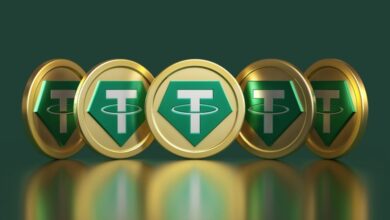