NEO was dominated by the bears at the beginning of yesterday. It was priced at $9.67, slowly it began to gain its momentum and started to rise upwards. NEO reached the lowest value of $9.57 and reached a high of $10.67 yesterday before being closed at $9.88. Today the NEO price saw a fall between 10:30 UTC to 12:30 UTC time, post which the coin has started to rise upwards. 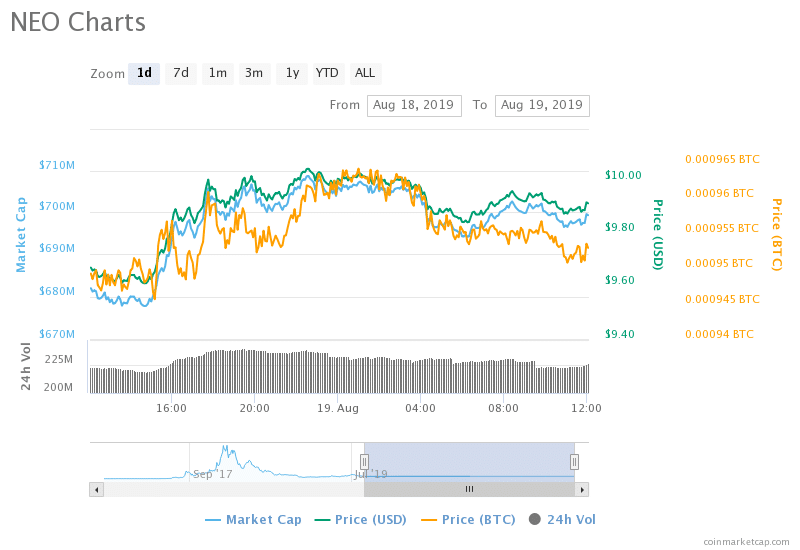 If we compare the NEO prices, since its highest intraday price, which was $10.06 yesterday and the present price, NEO indicates a bearish run by 1.51%, which can be considered as negligible.

We anticipate that the price of the NEO coin may fall marginally as per the movement noticed, and it may reach close to $9.89 by the end of the day tomorrow.

As per today’s trend, it is recommended to sell the existing NEO coins. You may wish to wait for a couple of days, post which you can also go ahead and invest your money in purchasing the new coins. As per the current NEO price trend, you can also trade on a short-term basis as it may offer you considerable profits.