The government of Bermuda has granted the license to Omega One to operate as a crypto exchange in the country under the provisions of the Digital Asset Business Act. Omega One is the first business to be awarded such a license.

Omega One had recently announced the official launch of Omega Dark, a dark pool focused on instructions within the crypto sphere.

Few comments on Omega One, 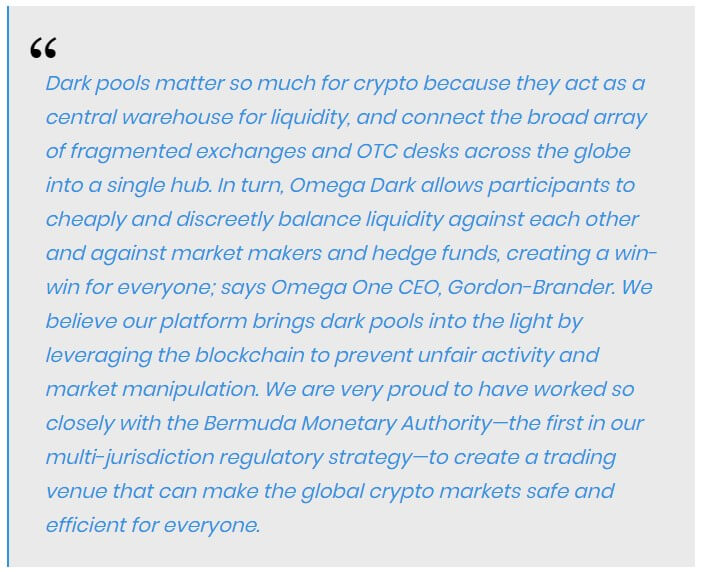 These are done via the VWAP coupled with an intuitive order slicing. The other characteristics that users can expect from this platform are a diverse portfolio with enhanced trading environs, AML/KYC, reporting of taxes, insurance, and an analysis of existing risks.

As this is only the pilot stage of official endorsements, Omega One, is working to offer a lot more. The organization is also looking to grab licenses worldwide and the United States in an effort to broaden its outreach.

Why Are Indian Crypto Exchanges Not Performing Well?

Coinbase carries on with its optimism amidst huge setbacks