ZRX is governance and staking token that fuels 0x protocols. It is a decentralized peer-to-peer exchange on the Ethereum blockchain. It was created in 2017, and after that, it showed a good price surge. Currently, 845 million ZRX are in circulation out of the 1 billion token supply. 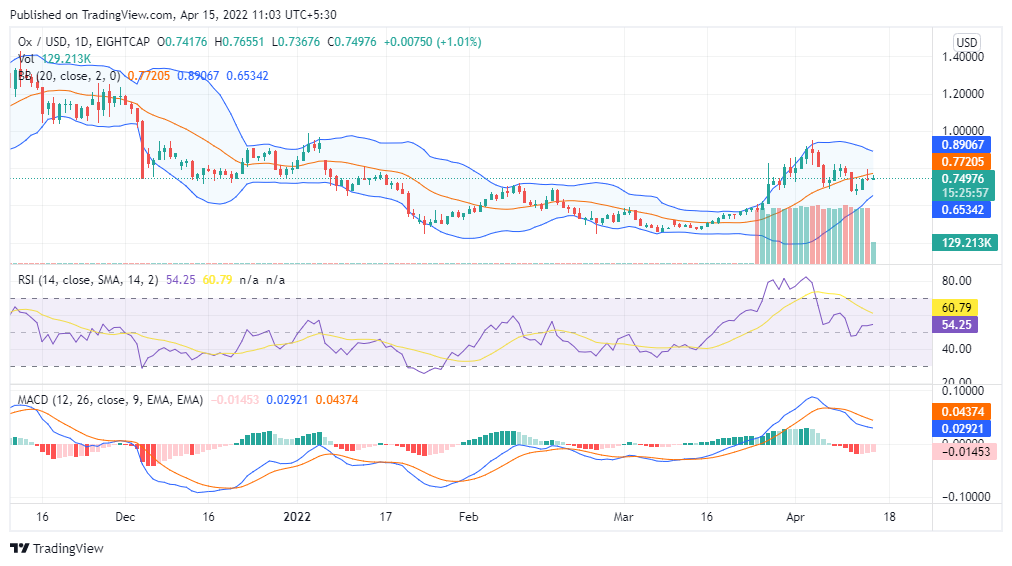 At the time of writing this post, ZRXUSD is trading around $0.75. We can find a huge increase in volume, but most of the technical indicators reflect a bearish sentiment. We think $0.68 is a support level based on the price movement, but $0.80 and $0.90 will work as resistance levels.

MACD is bearish with a red histogram on the daily chart, and RSI is 55, which is stable. On the other hand, candlesticks are forming just below the baseline of the Bollinger Bands. According to the ZRX price prediction, the chart will consolidate within a range of $0.68 and $0.90. 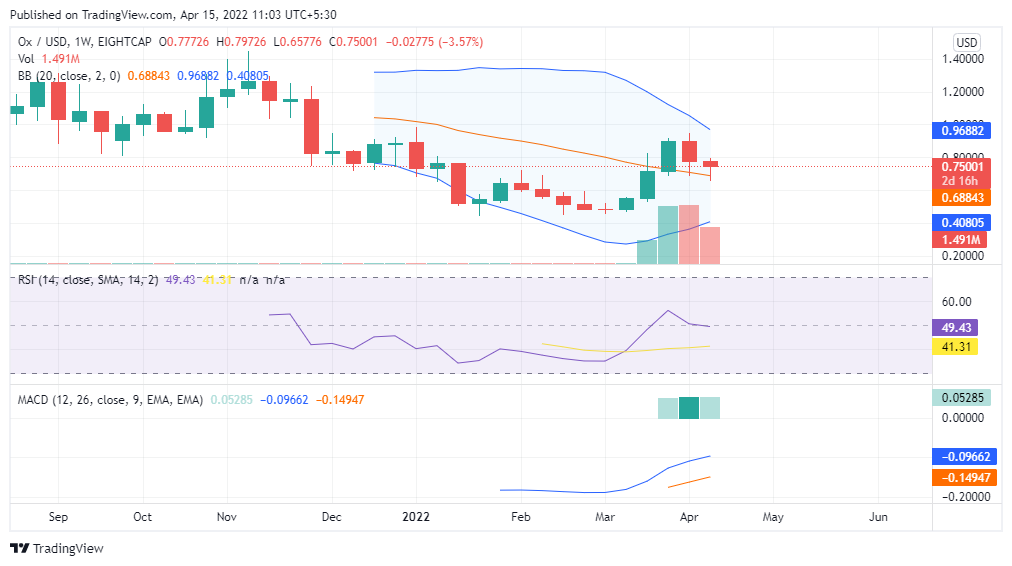 We can find a huge sell-off on the weekly chart in the last two weeks. It broke the support level in the second week of January this year. After that, it went down and took support at around $0.48. Now, it rises and finds a support level around the baseline of the Bollinger Bands with a red hammer candle, but we do not suggest investing for the long term. It would be better to invest for the long term after crossing the $1.1 level.