In a major achievement, Italian FinTech named Young Platform managed to sail past its 5 million crowdfunding target in just 36 hours with a stunning figure of €787,480 from nearly 751 investors. The Italian based cryptocurrency exchange platform has now closed its crowdfunding drive on seeds with this amazing landmark.

Earlier, the funding round commenced on the equity crowdfunding platform in the summer of 2019.

According to Diego D’Aquilio, who is the CMO and Head of International Development at the Young Platform, if we look into the details, it is noteworthy that compared to a middle investment of approximately €1000, nearly 13 investment above €25,000 took place. It highlights that our outlook to this industry managed to retain together small traders and big institutional investors who form a crucial part of our top class influencers and community.

Andrea Ferrero, Young Platform’s CEO and co-founder said, Italian FinTech has successfully managed to achieve a stronger and higher level of maturity and interest in the global community.

Young Platform has emerged as the only Italian venture to attain such huge success as Oval Money and Satispay, Ferrero added.

The main focus of Young Platform is to target the huge Italian market as of now via its Stepdrop app. It has made nearly 80,000 users aware of the vast crypto world by giving Young token.

Ferrero stated that having knowledge of financial education is extremely important for the upcoming start-up. He said users are skilled on various financial topics which will help them become wise and informed investors one day.  The Young Platform is likely to confirm the release of the exchange in the coming autumn as a result of the capital injection, said Ferrero.

According to reports, Young Platform seeks to make crypto accessible for all.

The first step of Young Platform is to develop Stepdrop, an app which can convert the steps you take in the entire day in Young, the company’s own cryptocurrency. The main aim of Stepdrop app is to attract the maximum number of people to this entirely new world. And, with the Young that you will be collecting on Stepdrop, you will be allowed to buy products and services in the market section of the app, added the report.

Since the launch of Young Platform, it has been able to achieve 2 successful capital injections from Angel Investors, 54000 step drop app download in just 4 months, 15,0000 active users every week on Stepdrop app etc. It has also inked partnership with Modulus, a developer for patented technology and expanded its team from 6 full-time employees to 17 people now. 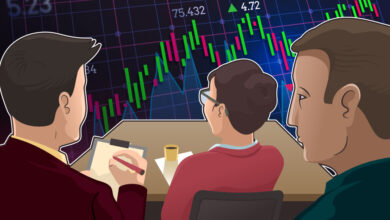 Introducing the Voxies (VOXEL) Token Sale at the Binance Platform

Flare Network’s Songbird to Get Support From Crypto.com